Protecting your rainwater tank in case of bushfire, flood, cyclone or earthquake can make a huge difference to recovery.

Electricity and water supply to homes is often the first thing to go when a natural disaster hits. If you are able to stay in your home during and after an extreme event, you will benefit from having a rainwater supply while waiting for the mains water system to start again.

If you are evacuated, there are things you can do to increase the resilience of your rainwater system while you are away. Of course, if you live solely off tank water, you’ll be well aware of the need to protect your system in the face of fire, flood, cyclone or earthquake.

Each type of natural disaster comes with its own specific risks. Andrew Heath of the Fresh Living Group and I have collated some top tips for protecting your system in case of fire, flood, cyclone or earthquake.

So what should be considered when designing a rainwater system in a flood-prone area? First and foremost you want a tank that will not be swept away by flood waters or damaged by moving debris.

Concrete is likely to hold up better than anything else. As Andrew points out: “Elevating your tank, such as placing it at the highest point on the property, can be a good way to avoid flood damage. If your property is all low-lying though, having it elevated on a well-secured structure could also work. Obviously you would select a lighter tank material than concrete for this.”

For low-lying tanks, even concrete and rock bases may wash away, causing your tank to collapse. If possible, sand bag the base of your tank as this will reduce the chances of it collapsing.

The possibility of a contaminated water supply is another concern. Having a good overflow mechanism and high access points for the tank will help prevent this from occurring. If flood water does get into your tank there are tablets available that can decontaminate the water, however, the tank will still need a full decontamination after the flood has passed.

Tanks have an especially important role to play in fighting fire, making them all the more important to protect in case of disaster.

Concrete tanks win out again in this scenario, however, stainless steel tanks follow in a close second for their resistance to fire. Unfortunately plastic tanks are likely to melt from radiant heat alone so are not as reliable in fire–prone areas.

Andrew explains that during the 2009 Black Saturday bushfires in Victoria, even tank piping that was buried 600mm deep melted from the heat of the fire. If pipe work is to be protected it needs to be placed at least a metre underground. Placing your tank underground would provide it with further protection from fire damage, although this comes at a price. “It is always a good idea to have your tank elevated. Your pump may fail, your pipe work may melt, and having the water moving by gravity will be the only way to access it,” says Andrew.

Most rainwater tanks owners in bushfire zones have a spare petrol pump, in case the electricity supply is affected, and a fire fighting hose. “Ensuring you have a backup pump with an independent source of power which is primed ready and connected to plenty of firefighting hose is all important to saving yours and potentially your neighbours’ properties.”

Attaching a sprinkler system to your tank to wet the property prior to the fire’s approach was found to be beneficial during the Black Saturday bushfires.

The most common plastic tanks are made of polyethylene, often just called ‘poly’. These tanks are unsuitable in bushfire prone areas. 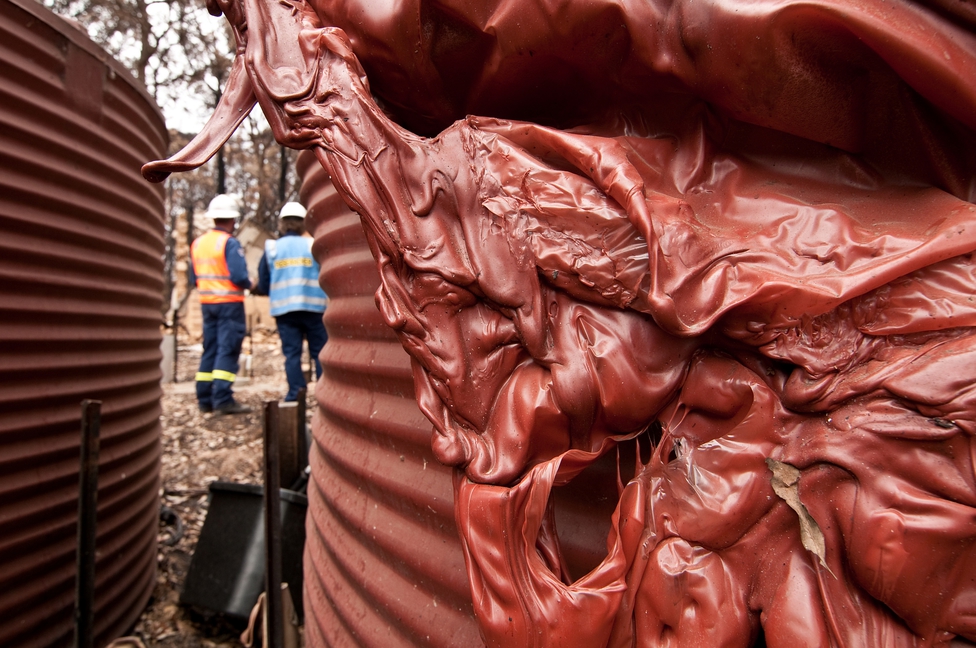 Ensuring your rainwater tank is cyclone–ready involves similar considerations to a flood-ready tank. Concrete is less likely to be damaged by flying debris or to collapse in the face of high winds.

“Underground fibreglass could also be an option in these areas,” says Andrew. Ensure that interconnecting pipe work is well-secured. Andrew recommends wet systems (underground pipe work) over mid-air pipe work. This is simply because mid-air pipework may get damaged by flying debris. He also recommends bolting down your pump somewhere elevated. This is so that the chances of the pump becoming a moving object are reduced, and also so that it is safe from rising water in a storm surge associated with the cyclone.

Earthquakes require almost an entirely different strategy to the above three natural disasters. Plastic tanks provide flexibility during earthquakes unlike the rigidity of concrete tanks. It is important that the tanks have sufficient base isolation so that their movement does not damage surrounding structures.

“Flexible rubber hosing will reduce the fragility of the system and damage to connections in case of earthquake,” Andrew notes. “Aiming to use round squat tanks where possible is also good for stability.” Stability stops sloshing which can cause your tank to collapse. Sloshing is the wave velocity acceleration inside the tank causing it to move during an earthquake. For further flexibility and support, a boxed sand base (boxed to prevent erosion) is necessary.

Having access to clean water is vital in the post-disaster period, so you will need to find a way relevant to your location to protect your water source. Keep in mind, however, that there is no replacement for a top-notch emergency plan including stocks of water, food, medical supplies and self–sufficient sources of light and warmth. 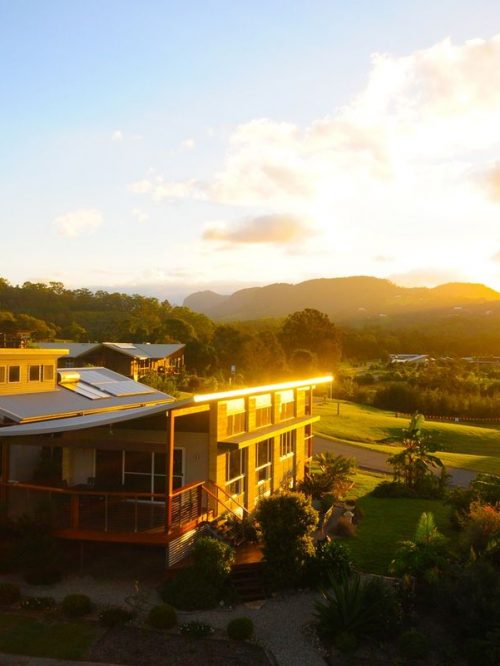 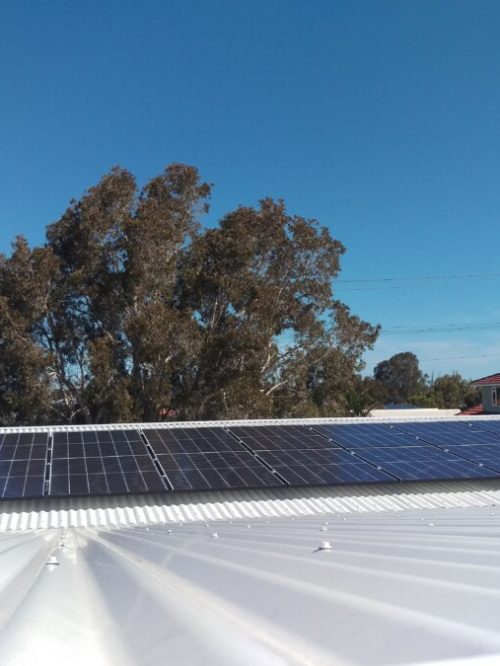 The importance of minimising electricity use on all systems 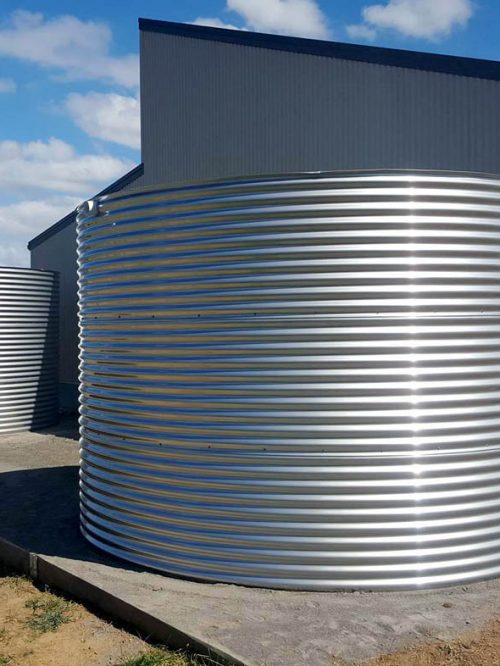 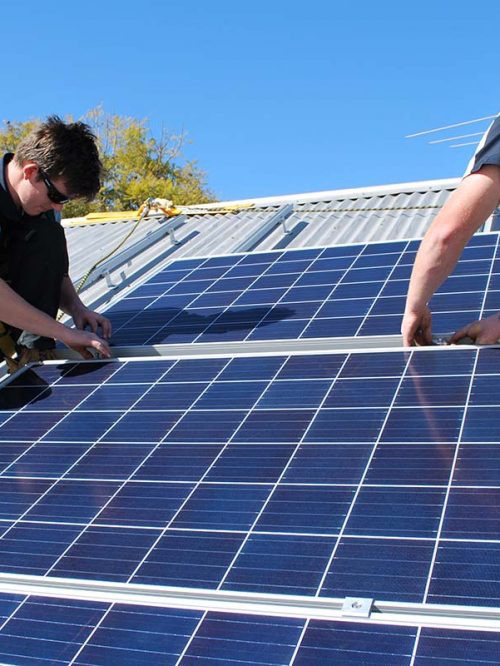