Words by Jacinta Cleary, Photography by Scott and Janet McLean

Solid and safe
in Kinglake

Janet and Scott worked with what was left after the Black Saturday bushfires destroyed their home, making the most of a shed and concrete slab to start the rebuilding process.

Left with just one shed standing after the Black Saturday bushfires destroyed their home, a year later Scottish couple Janet and Scott McLean installed a 2.1kW solar power system on its roof and called the shed home while their new improved dwelling was being built.

The grid-interactive system was installed with future fires in mind, with a battery backup to ensure electricity supply during a blackout. The system now fulfils most of their energy needs.

Learning from the past

The old home was a single-storey brick veneer with a W-roof profile that Janet describes as ‘a perfect ember trap’, with single-glazing to the west and like an oven inside in summer. “We had a big wooden deck which probably went up in flames quite nicely. We knew it was a riskbut we were a bit naïve perhaps and didn’t think a fire would come through, or that it would be that severe.”

After losing everything it was difficult to know where to start with rebuilding. Two things helped shape theirrebuild though: a meeting with architect Ian Weir and visiting open days at other sustainable homes.

They’d first seen Ian on television and discovered that he offered free consultations to property owners affected by the Black Saturday bushfires. His advice was to keep the building shape as simple as possible with few nooks and crannies to limit the places for embers to gather.

After visiting a house in nearby Healesville, Janet grew to love a unique construction duo of rammed earth and scyon, a thick but lightweight cement composite cladding which looks just like weatherboard. “The house felt solid and inside it felt grounded and safe.” The couple engaged the designer of that house for their rebuild, heeding Ian Weir’s advice to simplify the shape by opting for a flat, slightly angled roof profile that the embers would slide off. After all, the roof had been a weakness in the old house.

Knowing the weather patterns at the site helped the couple plan the new build. “Because we lived there before, we knew which way the sun travelled and where the wind came from. We knew we needed minimal windows to the west as that’s the direction the fire came from, being the Kinglake National Park. When we rebuilt that’s the side we put all the rammed earth on, along with the north, with very few windows on that western side.”

During construction Janet would pay close attention to where the leaves would gather in the wind, noting that they headed straight for the front door. She promptly switched to a double–glazed front door instead of timber.

The couple built to a much higher Bushfire Attack Level (BAL) than required, with their own measurements suggesting it was BAL 29, but given an official rating of BAL 19, which Janet says might have been because all the vegetation had been burnt and yet to regrow. The new house has been constructed to a BAL 40 to BAL Flame Zone (FZ) level regardless, being well sealed against ember attack with robust cement and rammed earth building materials, paving around the house (no more timber decking!), aluminium-framed double glazing and is built on the concrete slab from the old home. There’s basically nothing combustible onsite.

In terms of energy efficiency, the house naturally warms in winter with good rammedearth thermal mass on the northern side, and keeps cool with strategically placed louvre windows, wide eaves and high levels of insulation,with R3.5 batts in the roof, R2.5 in the external walls and R1.5 in the internal walls. Ceiling fans throughout aid airflow.

(Ed Note: the renewable energy systems mentioned here were installed around a decade ago and could be supercededby newer systems/set ups).

The solar power system,which helped the couple during the long shed-year,was stand-alone during that time. “It was wonderful on sunny days and awful on miserable days and we had to buy a generator,” says Janet. When it was time to move into the main house the system was connected to the grid, albeit with major delays from their electricity retailer. The system includes a SelectronicSP Pro 3500 watt, 24 voltinteractive inverter, with 12 Narada EosG400 VRLA 2 voltgel batteries providing 6.7kWh of storage. The system provides a bit of security for the couple if bushfires visit again, or just during regular blackouts.

A large rainwater supply also provides backup if there are future bushfires, including one concrete tank that survived the fire and two new ones, with a 57,000 litrecapacity in total. One of the new steel tanks is placed at a higher level on the property, meaning it can gravity feed should the fuel-powered water pumps fail. Janet comments that lots of locals recommend a sprinkler system; on Black Saturday the properties that were watered extensively in the morning fared better, despite the moisture sapping winds all day. Understandably many householders chose to conserve water for later instead, butended up with pump or hose failures rather than a lack of water. Just to be sure, there’s an additional 30,000 litres of rainwater near the house in the lap pool.

The new house also features a 320 litresolar hot water system with electric boost, with the couple not using bottled gas to avoid having combustible gas cylinders on the property.

The resilience doesn’t end with the house, with Janet planning to create several small garden areas rather than one large area covered in lots of combustible mulch that could go up in flames rapidly. For a couple of Scots living in Australia, Janet and Scott have come through difficult times to be ready for all situations in this extreme climate. 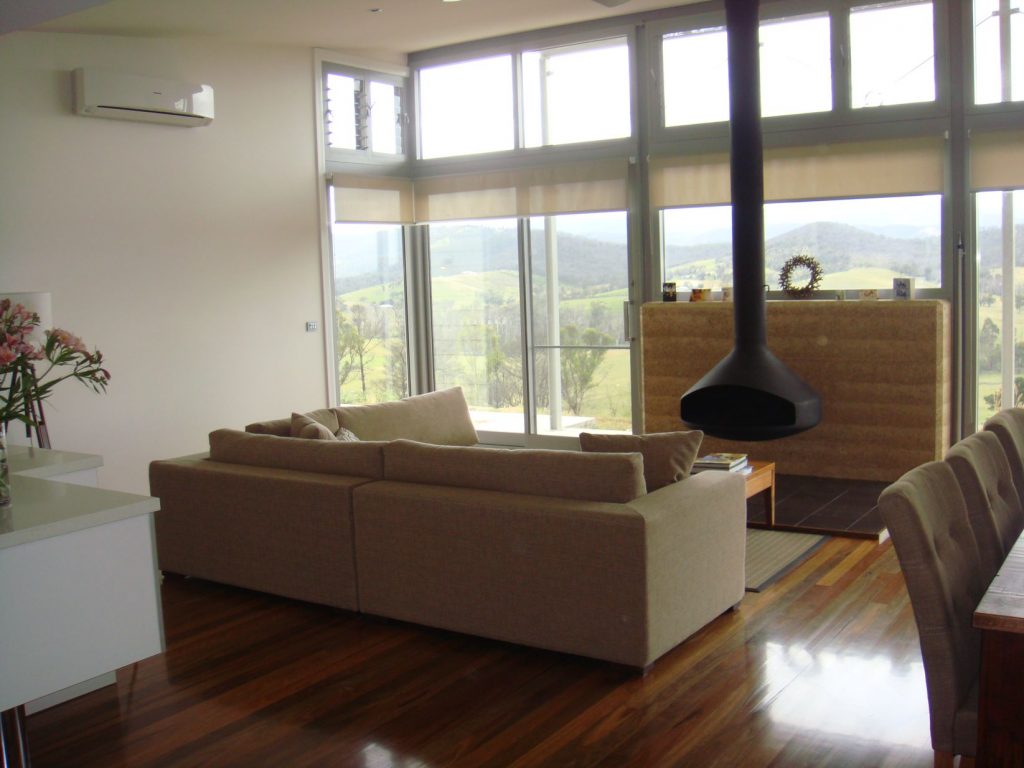 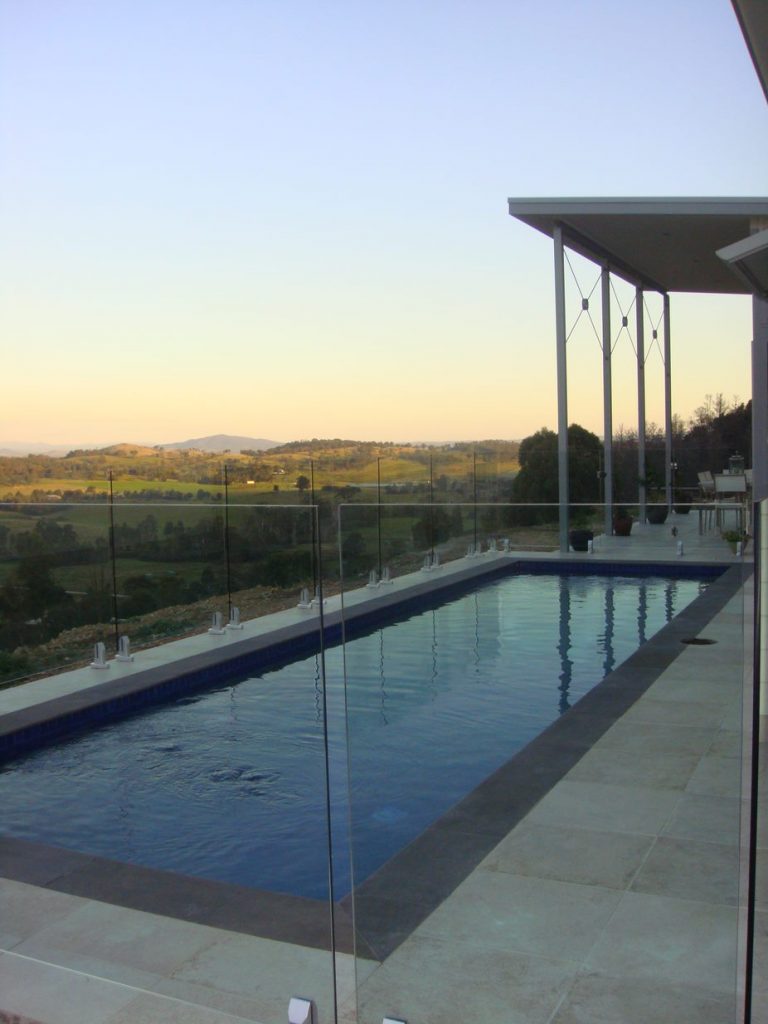 “Because we lived there before, we knew which way the sun travelled and where the wind came from. We knew we needed minimal windows to the west as that’s the direction the fire came from, being the Kinglake National Park. When we rebuilt that’s the sidewe put all the rammed earth on, along with the north, with very few windows on that western side.” 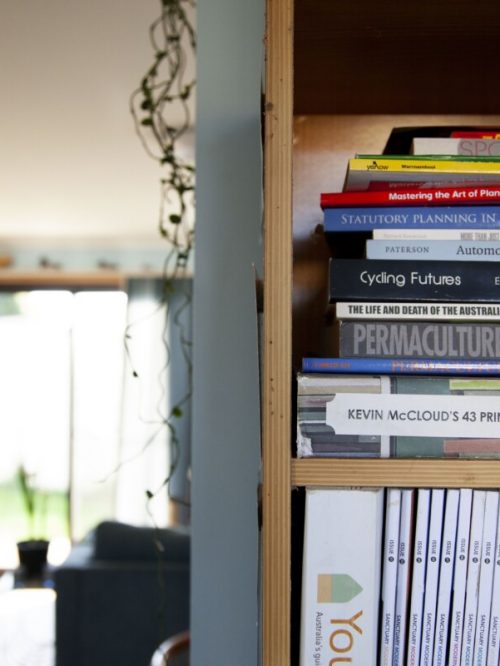 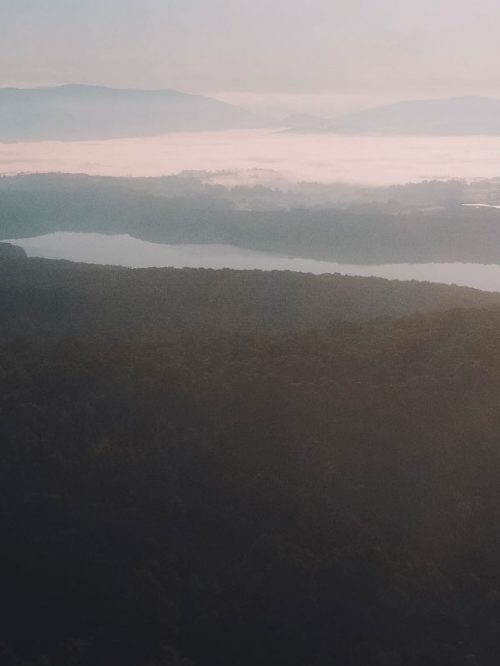 We want to hear about your experience 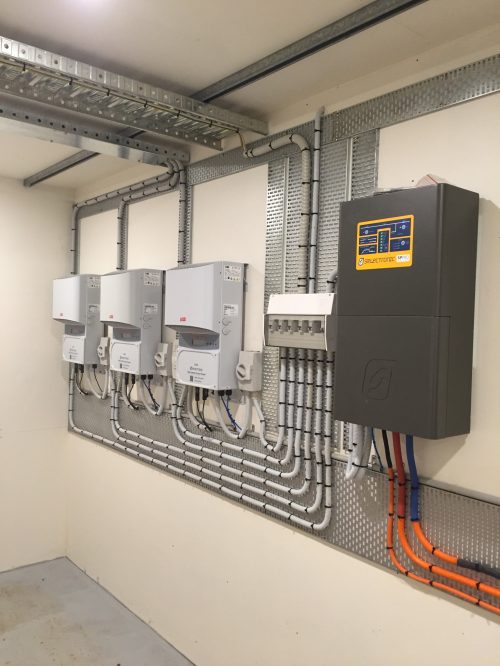 Star-stuck? How to make the most of house energy ratings 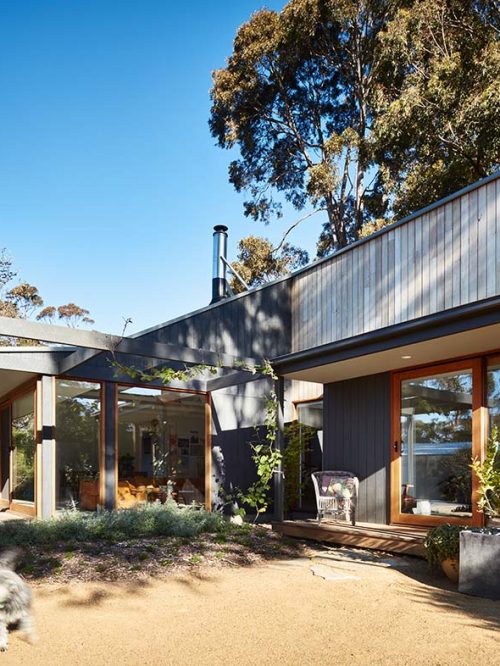